Customer loyalty should not be defined with a short-term view but, rather, looking at the lifetime of interactions.  Otherwise, a company risks driving away long-standing customers.  Airlines provide a good example of a shortsighted definition of customer loyalty, one that can drive away customers, as United Airlines almost did.

You know Clifford, that old chocolate labrador of yours, that just does nuthin’?  When he was younger, he was a lot of fun, but now all he does is sleep, sleep, sleep.  Feel loyal to that dog?  Why?

What has he done for you lately?

If you’re an animal lover, as I am, you certainly scoff at that idea:

He’s been a good, loyal friend and a valued member of our family.  I’ll be loyal to the end.

As it should be.

Yet, how many businesses define loyalty exactly like a discarded old dog?
“What have you done for me lately?”

I know of one airline that does, and the approach shows the risk of using a short-sighted view of loyalty. 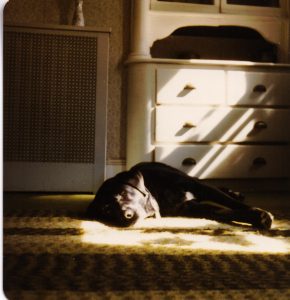 Every year United’s marketing department has provided me an offer to buy up to the next status level.  In fact, the previous year, I was automatically upgraded one status level to Premier Platinum when I was about the same amount short that level as I was of Gold this year.  I still don’t know why they did that, but I was obviously pleased.  And it set an expectation about how United viewed our relationship.

However, this year I received no buy-up offer.

If you travel as much as I do, airline “status” matters.  You do get better service — better seats, early boarding, no baggage fees, higher priority for standby, more frequent flyer miles, etc.  (Forget about upgrades to 1st class.  That seldom happens.)  Traveling frequently is  a hassle, so these small things really make a difference for a frequent traveler.

In February 2017 I needed to book a trip to San Diego, so knowing my status on United was now important.  I thought maybe the email offer got lost in the internet ether.  So, I called the airline.  The agent could tell me nothing specific and only guessed that I didn’t get an offer because I wasn’t close enough to the Gold status level.

Helpful?  Not at all.

I can be a bit tenacious when not given a real answer, so I sent a note via United’s website.  I got effectively the same answer – “What have you done for us lately?”  Apparently, the agent’s appraisal was the case.  The decision of whether to offer me a buy-up was based solely on my activity for 2016.  My previous purchases on United for a decade apparently counted for nothing to the geniuses in the marketing department. 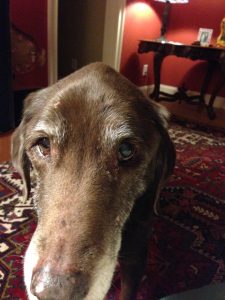 Thank you for flying United.  We know you have a choice in who you fly.

Really?  Apparently United does not realize I  do have a choice!  You just tell me you don’t value my long-term loyalty and then you thank me for it?  Actions speak louder than words.

Many times I’ve seen dumb, thoughtless use of boilerplate, and this one deserved a gold — er, make that a silver — star.

Frankly, I was a bit stunned at the answer, and I got a bit snippy.  Why not?  What did I have to lose?

I invoked United Flight 3411, which had recently been in the news.  You know, the flight from Chicago where the doctor was dragged off the plane.

I would think you would value customer loyalty given what happened…

Please note that I didn’t ask for a freebie status upgrade; I asked for an offer to buy up from Silver to Gold.

Since I had a flight to book, I had a decision to make.  Would I bail on United and move to some other airline?  However, having flown most all of the airlines, I know the differences are minor.  They’re copy cats — and not necessarily good copy cats.  I felt little loyalty to United anymore – as much as they felt toward me.  Jet Blue was about to get my nod.

Then, to my surprise, I got an email from United.  The airline gave me a complimentary upgrade to Gold!  I reiterated in my thank you to them that I was not asking for a freebie, but I appreciated the gesture.

This proves the adage that the squeaky wheel gets the grease, which is actually a sad statement on business practices.  The proper thing to do from a business process standpoint was for United either 1) to cut me loose or 2) to change how they define loyalty.

Yes, I did try to share my concerns with United regarding their definition of loyalty, hoping it would get passed onto those who make these decisions.  Do I think that actually happens?  No, I don’t.  Like most corporations, I think the airlines are much too siloed.  And that’s sad because customer feedback can be valuable in defining products—and airline loyalty status is a product.

United kept me as a customer, but I now do know how deep their loyalty runs: one year’s worth of flight activity.  Who are these people in marketing that define loyalty with such a short-term view?

So, how does your company define loyalty?  Is it skin deep or is it long term?  Do you look at the lifetime of a customer’s experiences, or do you have blinders on regarding the lifetime customer value?

United does have one long term view of customer loyalty: their million-mile club.  Fly a million miles and you’re Gold for life.  But that leaves a huge gap between the million miles and the previous year’s flight history.  How about some weighted average of the past five years’ customer purchases?  That would provide a longer term view while putting more emphasis — depending upon the weighting formula — on the most recent years.

Companies should have long-term profitability as their fundamental goal.  That in turn should drive a long-term view of the source of their revenue and profit: their customers.  That perspective would put a focus on optimizing customer experiences.

PS: I flew about 60,000 miles and spent about $7000 on United in 2017.  United almost lost that revenue because of their marketing department.

Ironic, isn’t it?  You’d think marketing would have the longer time horizon when evaluating customers.  Nope.  I would love to see the metrics used to evaluate their performance.